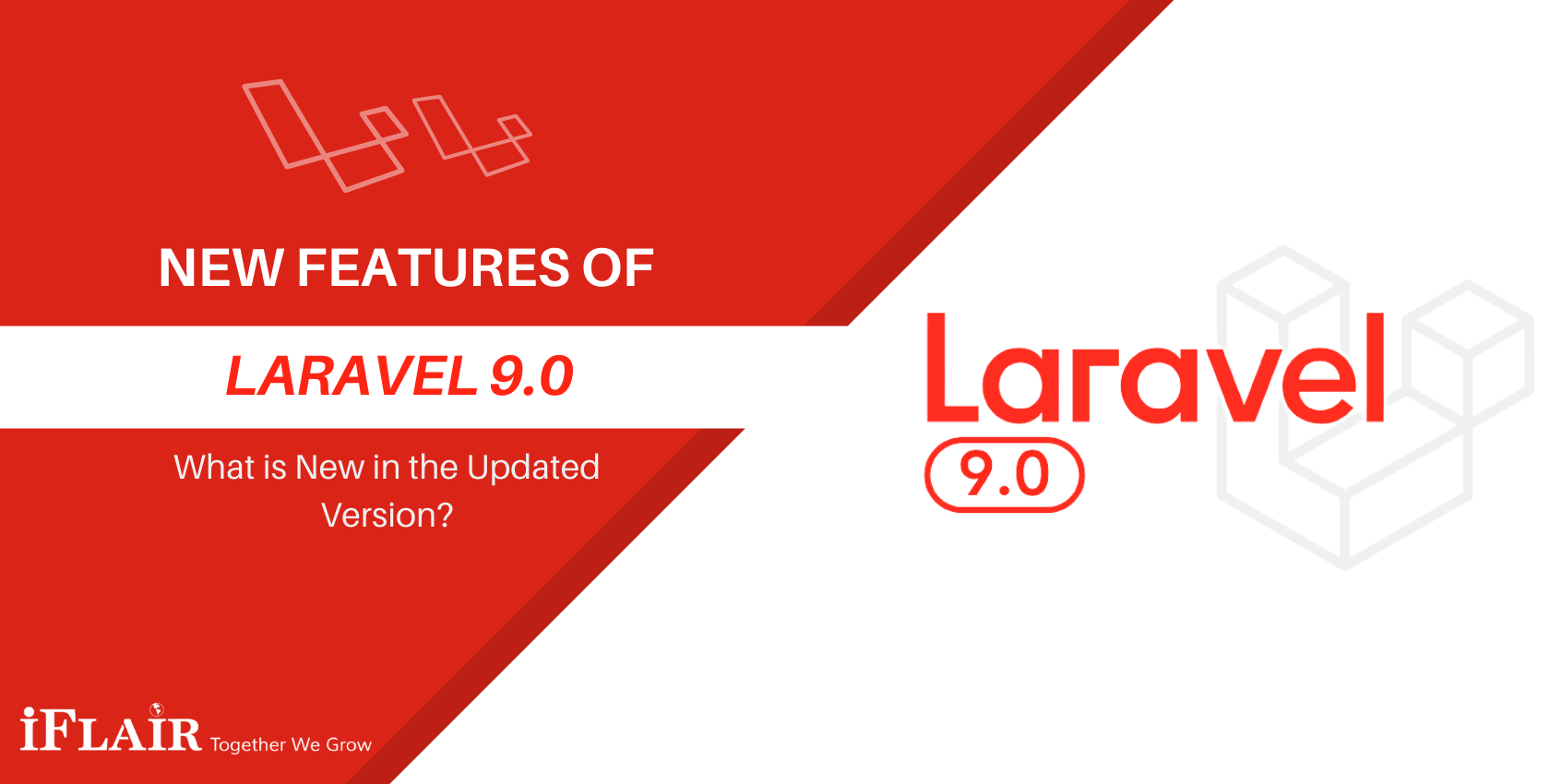 New Features of Laravel 9 – What is New in the Updated Version?

Laravel is one of the most popular PHP-based frameworks used by millions of developers across the globe. Recently, Laravel has released its new version Laravel 9, addressing the needs of growing developer’s community. This new version is announced on 8th February 2022, enabling developers to explore various innovations associated with the development of MVC and object-oriented based web apps.
This blog helps you to explore Laravel at its advanced stages, Laravel 9’s key features and why you should upgrade to Laravel 9 for your next web apps project.

Laravel is known as one of the best open-source platforms for creating web applications. It stands out from the rest of the PHP-based frameworks due to its elegant syntax. Its MVC i.e., Model-View-Controller based framework simplifies complex development tasks, enabling developers to focus quality codes.
Laravel is redefining the development of web apps through its flexible architectural patterns. The developers can fix the bugs, without disturbing the original code. Here’s how you can unleash many benefits of incorporating Laravel in your next web app project.
If you are new to this mesmerizing framework, you should know the attributes of Laravel and unlock them to have an innovative web application development. We as one of the prominent Laravel development company are expert in delivering flawless web applications that yield fruitful result for your business.
Laravel 9’s release was postponed due to amid Coronavirus restrictions across the world, as it was scheduled to be release in Sept. 2021. However, there are many reasons of this delay. But as the new features of Laravel 9 has rolled out, developers are more excited to implement it in their next project. Let’s explore the list of new features and improvements that are available with this Laravel version.
Here are the core features of Laravel Web Development that are dominating the web development world and winning the hearts of millions of developers across the globe.

The Object Relational Mapper which stands as ORM is commonly known as Eloquent in Laravel Framework. It is considered as one of the best features of this framework, as it enables the users to create seamless interactions with their preferred data model and database.

With the help of this ORM, the developers can overcome with all the challenges that they are facing while creating mobile and web apps. The interactive interface of this Eloquent ORM enables the developers to write complex SQL queries in order to access data from their preferred database.

The Artisan CLI or the command line is the next vital aspect of Laravel platform. With this feature, the developers can create or modify any part of the framework in a single command. This command helps the developers to make the changes without navigating to different files and folders.

This is a saviour for most of the developers, as they don’t have to change the original code and can fix any bugs without navigating from the core source and database client.

The Laravel runs on Model View Controller which makes it more relatable and adaptable for the developers to follow a prevalent web development pattern with ongoing and major improvements.

As a developer, you must need to understand its MVC architectural pattern that is used in almost all the frameworks including JS, C#, .NET, ASP.NET, and many others.

Security holds a prominent importance in today’s web and mobile apps. For any developer, it is liable to scrutinize the security measurements while creating any mobile and web apps. Any lack of diligence can result in loss of funds, hijacking of products and even malware threat.

When it comes to Laravel, it offers strict security measurements due to its adaptation of OWASP principles. The developers can find all security solutions including cross-site request to SQL injection. 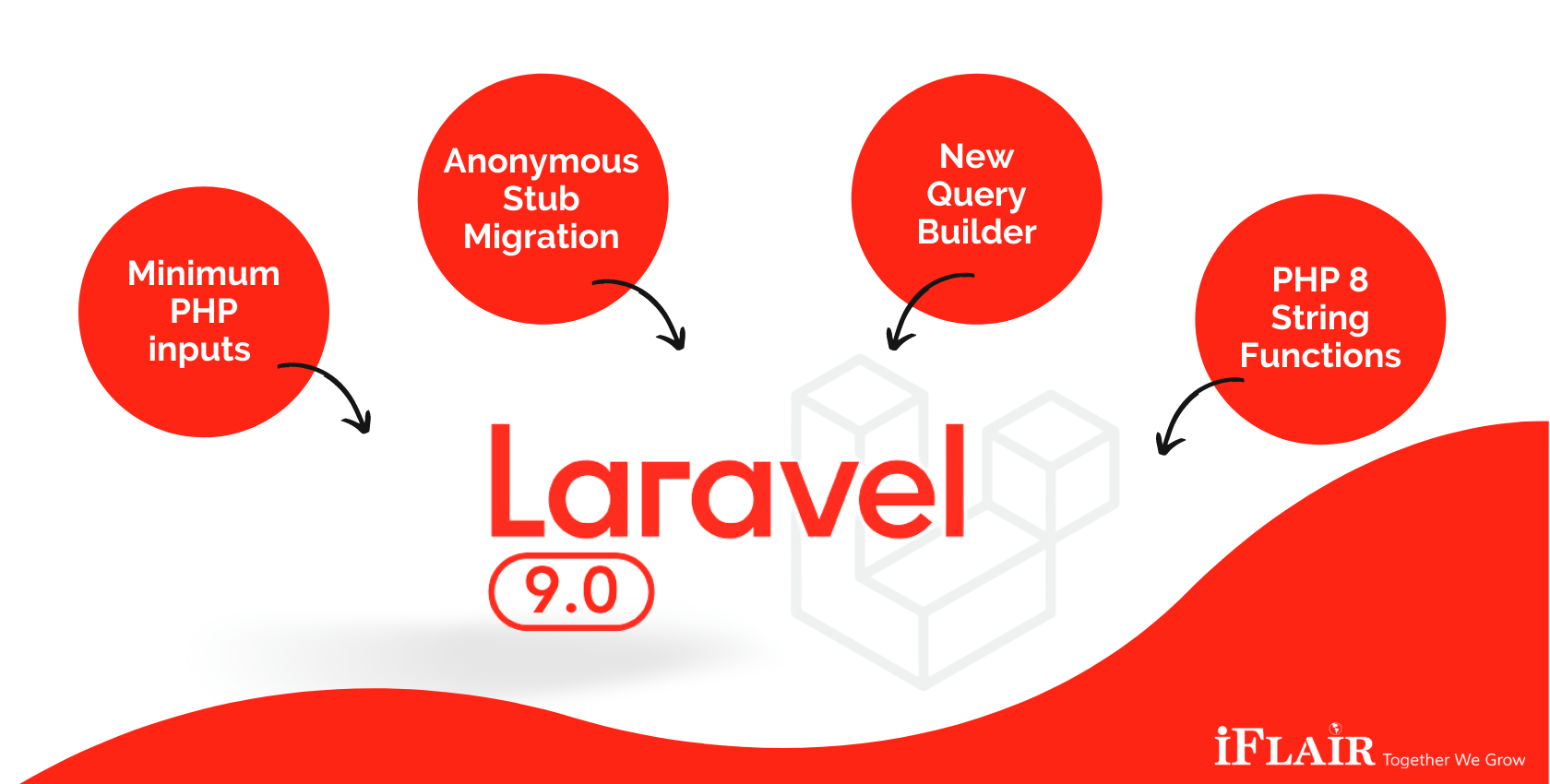 While working on Laravel 9, the developers tend to use PHP for testing for the entire Product Development Life Cycle. With the update the developers must need the latest version of PHP 8 and PHPUnit 8 for testing their products. It is because the new version of Laravel is designed to use Symfony 6.0, that also needs to work on PHP 8.

PHP 8 offers major features and improvements including the construction property promotion and the JIT compile. You can also explore the different PHP versions and learn how to upgrade your old version to the new version.

This feature is designed to fix the Github issue, being faced by most of the Laravel developers. The developers need to create the database from scratch in case of multiple migration. With the introduction of stub migration, they can now avoid migration class name collisions, by supporting anonymous class migration files.

The latest Laravel Development feature comes with a new query-builder interface for the developers. The developers were facing a complex issue due to lack of shared interface between the query and builder, Eloquent and Relation and Eloquent and Builder. Laravel developers now can sit back, relax and enjoy the new interface that comes with typing hint, static analysis and refactoring.

The term string is related to the series of characters and elements in the PHP framework. It supports multiple range of data types that include strings. The alphanumeric elements are also allowed in string variables. When these conditions are fulfilled by the developers, strings are generated. The developers can also create a variable and assign it to string characters. Thus, in short, the string functions in this framework are language constructs that help in capturing the terms.

Laravel is a compelling PHP-based platform that is getting more and more attention from the developers’ community across the world. Innovate new web apps by using these latest features that ultimately contribute for a scalable business growth of your clients.

The Manager Director of iFlair Web Technologies Pvt. Ltd. since 2004. He has spent 20+ years growing client businesses and assisting organisations ranging from Startups to Fortune 500 companies. Always shares cutting-edge topics on various technology platforms, Builds the prevailing concepts of the IT industry with interested readers. 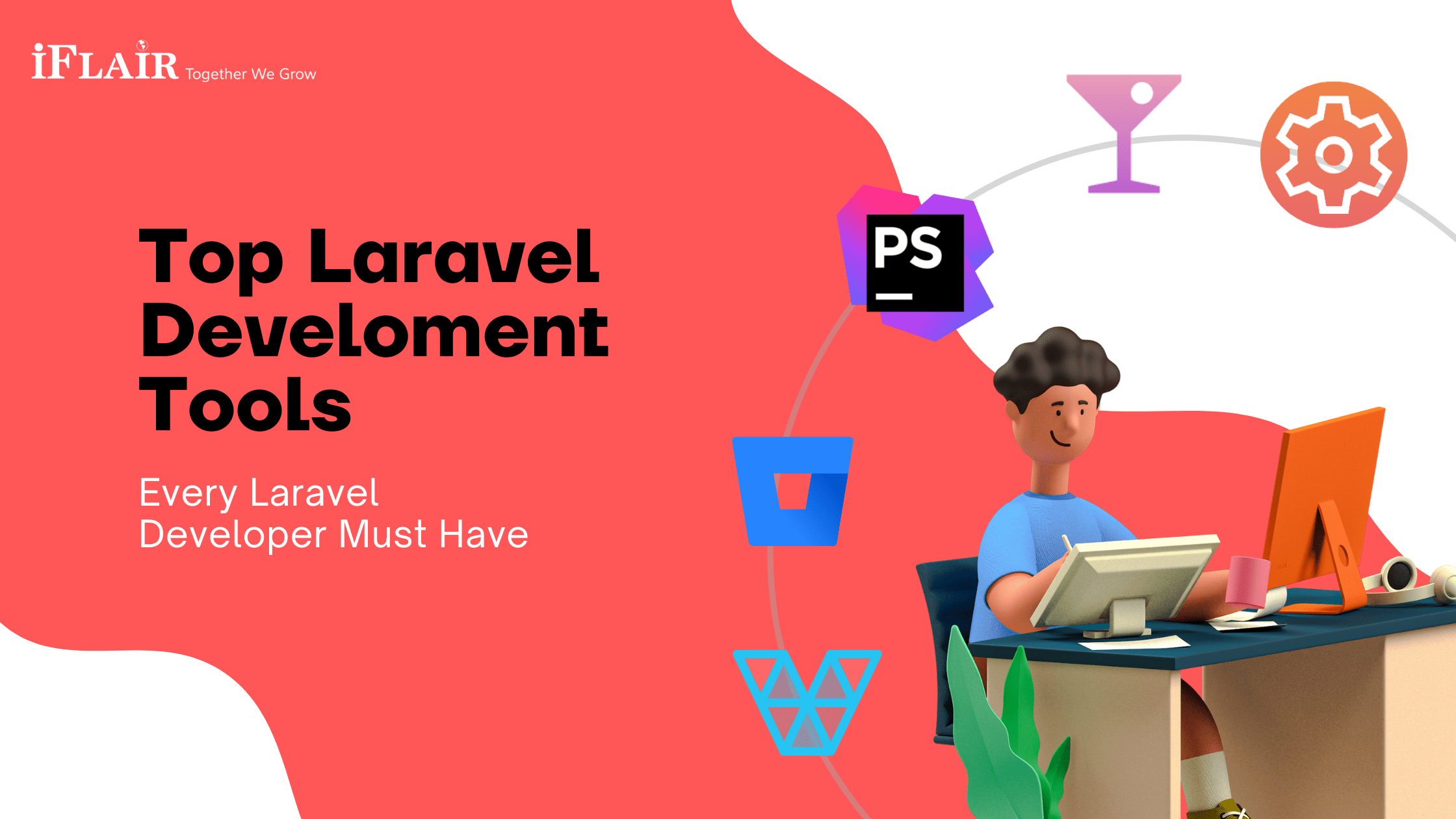 Top Tools Every Laravel Developer Must Have 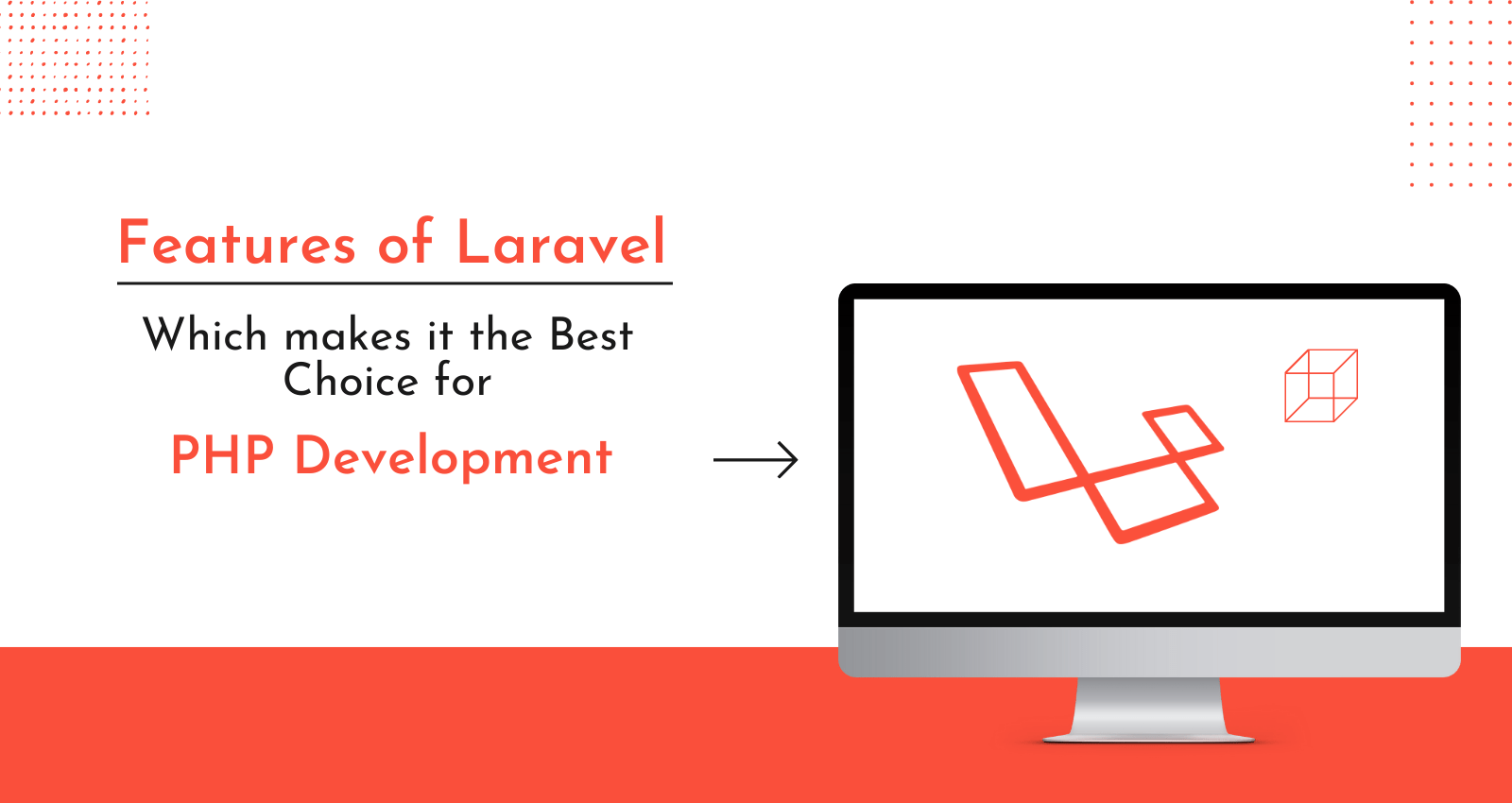 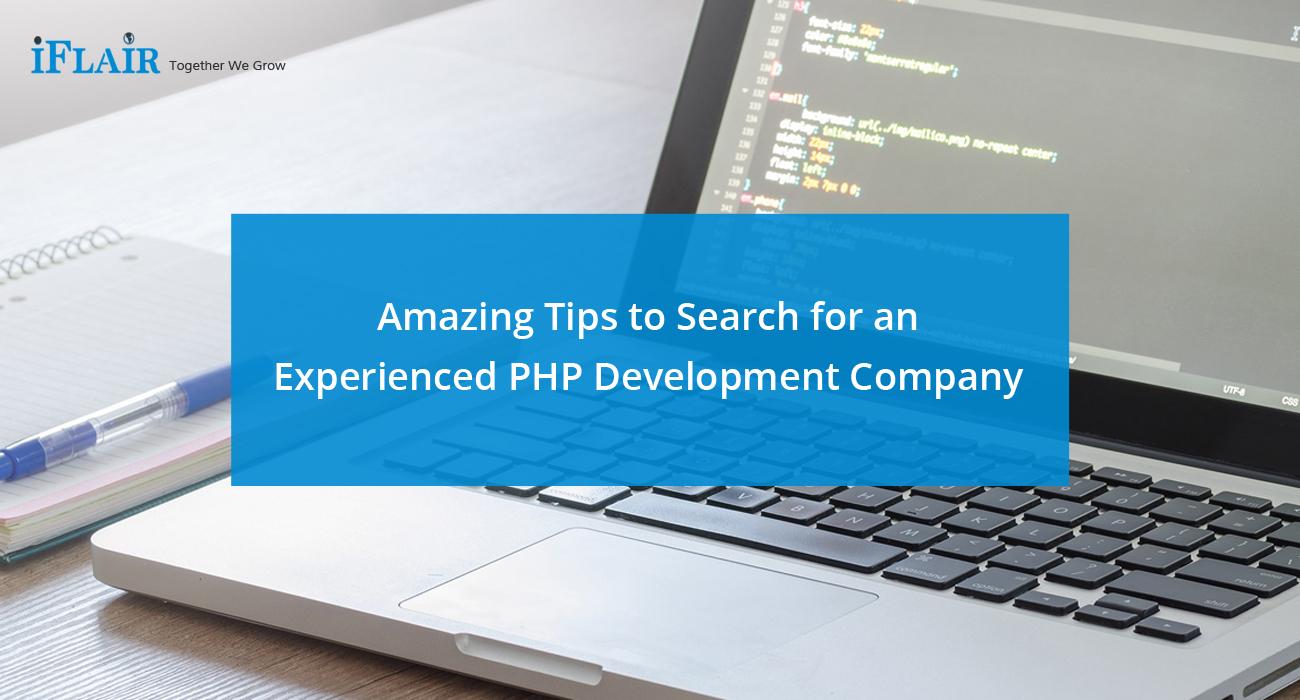 Amazing Tips to Search for an Experienced PHP Development Company 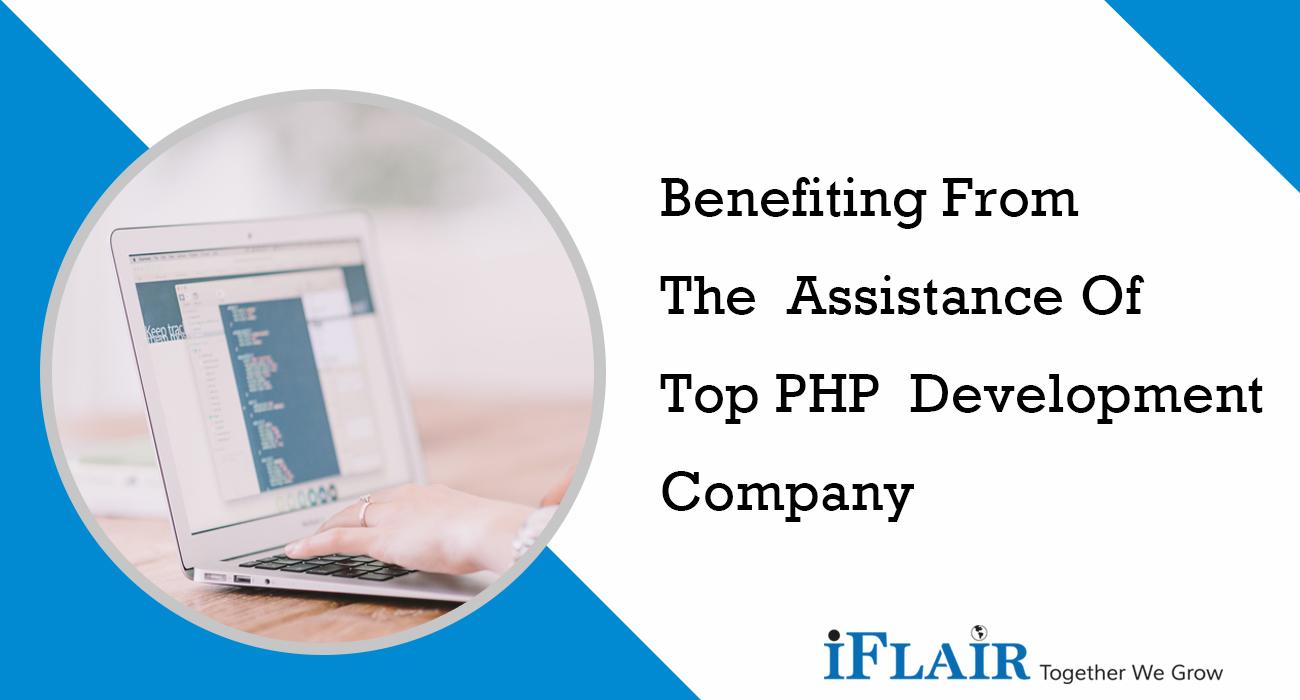 Benefiting From The Assistance Of Top PHP Development Company 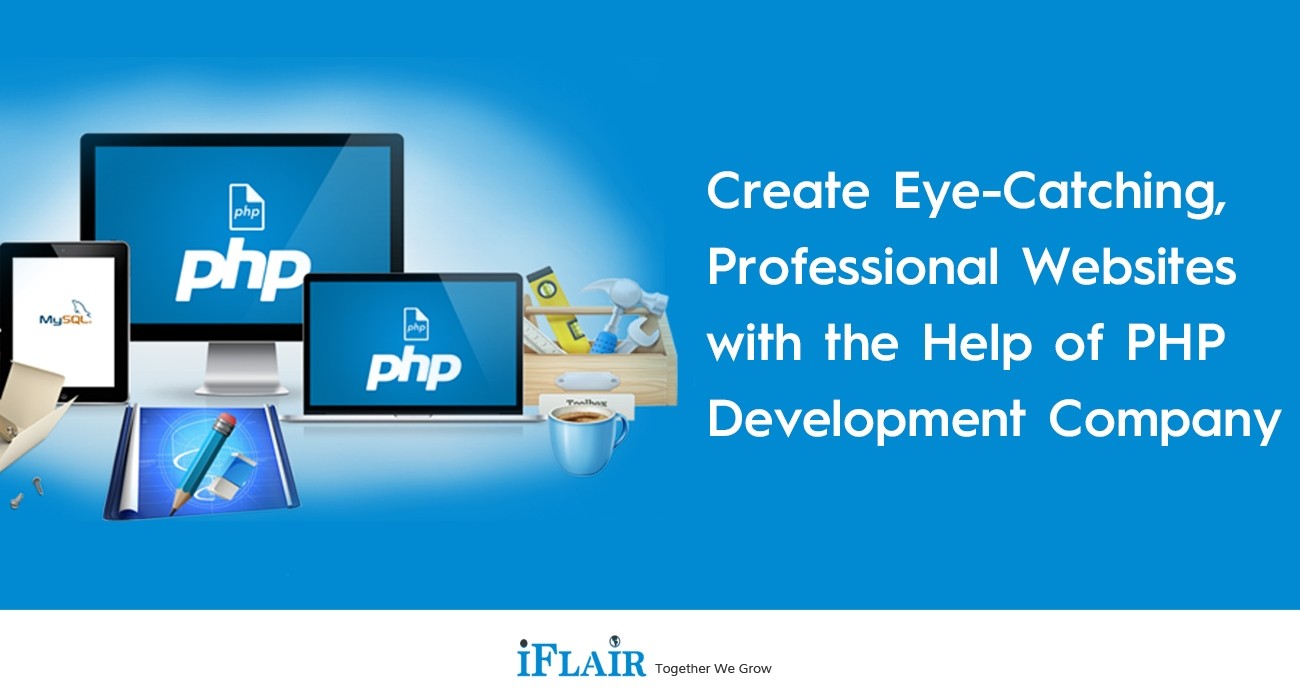 Let us know about the October CMS Development – A Laravel PHP based CMS Platform!