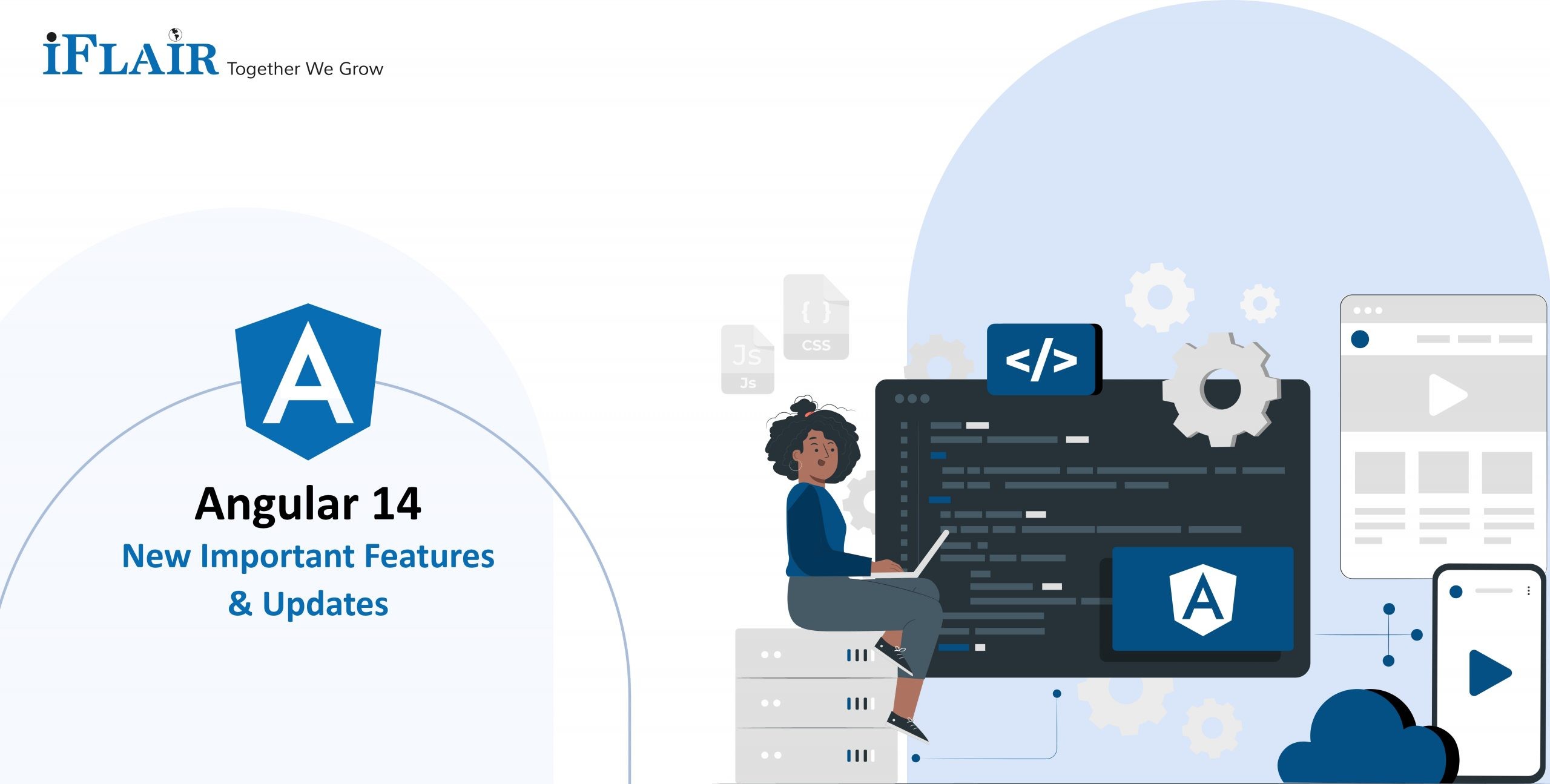 AngularJS, an open-source framework for front-end web applications developed by Google and maintained by a community of individuals and companies, has released its newest version Angular 14. As one of the most popular frameworks for developing dynamic Single Page Applications (SPAs), AngularJS boasts some important new features in Angular 14, which are set to smooth the development process for developers.

Finally, Angular 14 is here, following on the heels of its revolutionary forerunner, Angular 13. The next major Google update will be a TypeScript-based web application framework. The new features of Angular 14 allow for a more streamlined development process and enhanced user experience. With typed forms, improved template diagnosis, and standalone components, Angular 14 provides a great upgrade from the previous version.

Typed reactive forms, standalone components, directives, and pipes are some of the features in Angular 14. It is believed that this is Angular’s most systematic pre-planned upgrade to date.

As a result of this update, the Angular team has nearly gotten rid of the need for Ng modules, and as a result, the amount of repetitive code required to create a new application has been greatly reduced. An Angular Development Company can make use of Angular 14 for building faster and lighter applications.

We will now compare Angular13 with Angular14 in terms of features.

Compared to other frameworks, like React, Angular 13 was found more difficult by Angular and Typescript developers. With the addition of Route.title to the router, adding titles was made easier in Angular 13. However, this isn’t required when adding a title to your page in Angular 14 as all additional imports are automatically titled on their respective pages.

One of the most important changes in Angular 14 is that you no longer need to import NgModules into your application. This means that Angular apps will now start faster and use less memory. Additionally, Angular 14 includes a new API for creating services, making it easier to create injectable services.

Overall, Angular 13 was a great release, but Angular 14 is shaping up to be even better. With its focus on making development simpler and more efficient, Angular 14 will surely be a hit with Angular development services everywhere.

The Most Important Features of Angular 14

There is always the potential that an API can become unstable and change without any warning, which could ruin a project. To prevent this, the framework is constantly building out schematics (such as ng new <app-name> –standalone) to document cases and provide a learning journey for updated, streamlined models.

Before Angular 14, every component needed to be linked with a module. If the declarations array of the parent module were not associated with a component, then the application would fail.

The new Angular version release has completely resolved the major Github problem, as it now includes a strict type checking for the reactive forms package. A modern approach to Angular that integrates well with existing forms.

Its focus on smooth transitions from previous versions is one of the most promising aspects of Angular 14. In Angular, auto migration and FormControl have been added, which accepts generic input and calls a specific value. The intricacy of the API is frequently kept track of to verify that changes are made with accuracy and efficiency. Furthermore, the most recent Angular 14 upgrade will not affect template-based forms.

The finest thing about the Angular CLI auto-completion is that it allows you to increase your productivity by supplying you with the commands needed to generate modules, directives, and components for your new or existing project. However, in Angular 14, there are many options at your disposal.

The latest features in the CLI are included in Angular 14, allowing real-time auto-completion in the terminal. The initial step is to execute the ng completion command. The next stage is to type ng and press Tab to see all the possibilities. One of them should be chosen by entering.

The new extended diagnostics feature provides you with a framework for understanding your templates and how to improve them. With the diagnostics feature, you will receive compile-time warnings with actions that can be taken, catching errors before they are executed.

Some of the most common warning indications may be derived from basic mistakes, such as utilizing prohibited operators on un nullable variables or utilizing two-way binding syntax. Furthermore, with the growth of a new private compiler displaying warning indicators or user templates diagnostic tests, the diagnostic checks have been restricted.

During application development, the page title typically reflects the page’s subject matter. A new Route.title property was added to the Angular router in Angular 13 to allow adding titles. However, you don’t need extra imports to add a title to your page in Angular 14.

Latest Primitives in the Angular CDK

A comprehensive set of tools for developing Angular components is available in the Angular Component Development Kit (CDK). Updated CDK menus and Dialogs have been added to Angular 14. Nonetheless, custom component development is now more accessible thanks to the new CDK primitives.

The offline mode of the Angular DevTools debugging extension is straightforward. This add-on is accessible through Mozilla’s Add-ons for Firefox users.

Angular14’s most intriguing feature is that it allows the CLI to deploy little code without sacrificing anything. Using the built-in enhancements, you can link directly to protected component members from your templates. Using the public API surface will allow you to gain greater control over reusable components.

With Angular 14, you can identify and debug failures more easily using robust error codes. Tree-shaking (long strings) from production bundles can be optimized by keeping the error codes.

An Angular developer is advised to visit the Angular reference manual when debugging real-world problems. Angular developers will gradually improve existing issues to incorporate this new style into future versions.

Furthermore, excessive diagnostics can bring about errors for gratuitous nullish coalescing operators (??) in Angular templates. It occurs when the input does not include null or undefined as part of its type, which is called “nullable.”.

With extended diagnostics, you will be warned during processes like ng build and ng serves. You can also change the frequency of warnings in tsconfig.json by adjusting settings for error, notice, or suppression.

How to Get Started with Angular 14

What is the installation process for Angular 14?

Use this link to upgrade from Angular 13 to 14: https://update.angular.io/. You can also get help with this process when you hire Angular developers.

Do you want to upgrade your app with Angular 14?

With so many new features and enhancements, Angular 14 is one of the most anticipated versions yet. With improved error messages and simpler page title accessibility in Angular DevTools, Angular 14 makes debugging and developing Angular apps a lot easier.

The Manager Director of iFlair Web Technologies Pvt. Ltd. since 2004. He has spent 20+ years growing client businesses and assisting organisations ranging from Startups to Fortune 500 companies. Always shares cutting-edge topics on various technology platforms, Builds the prevailing concepts of the IT industry with interested readers.